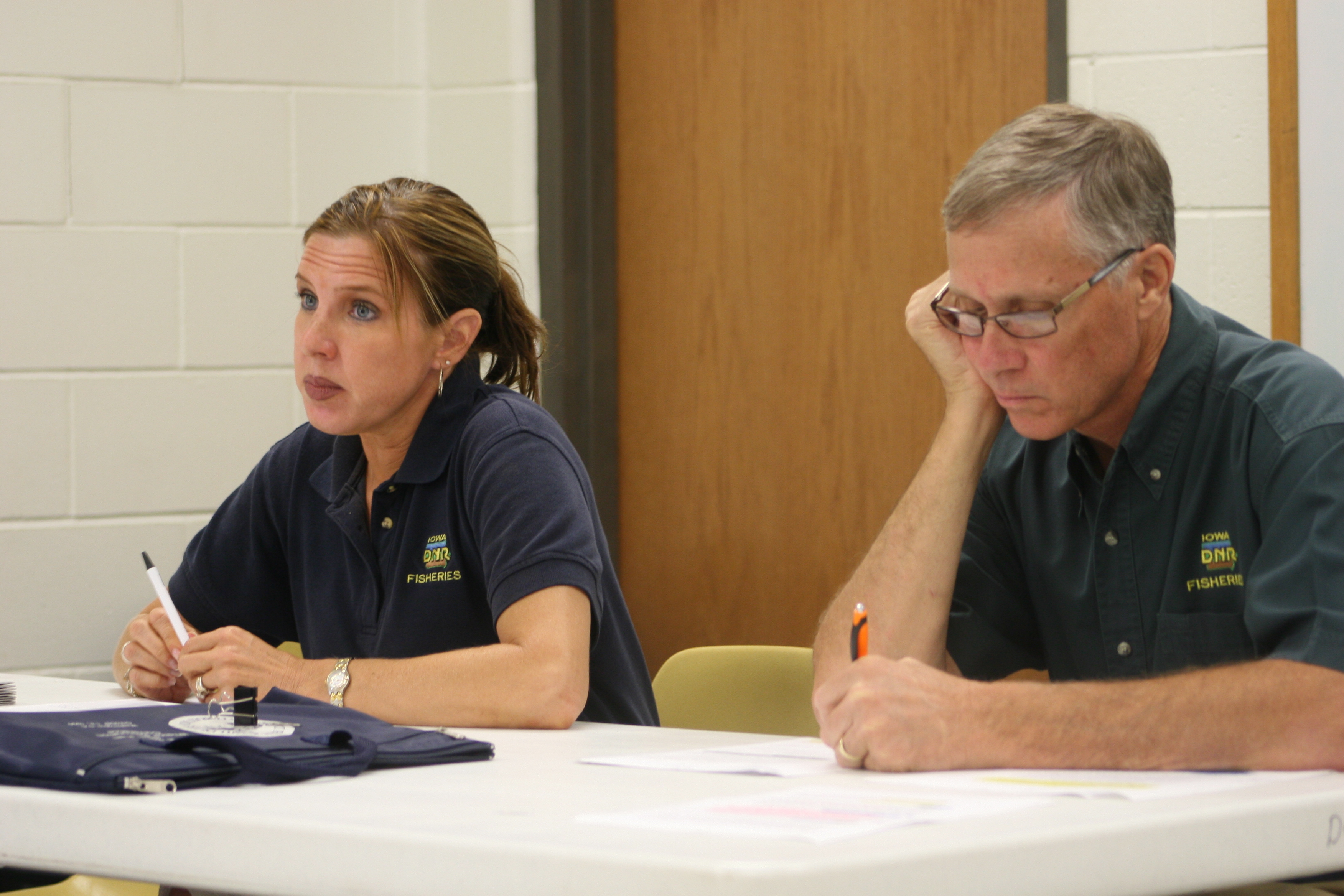 The Iowa Department of Natural Resources (DNR) held a meeting in Spirit Lake Monday, July 30 at the Dickinson County Expo Building to accept comments on a proposal to the 2013 Iowa Legislature which would change the Iowa code as it relates to aquatic invasive species.

Konrad opened the meeting with discussion about changes regarding bait dealer rules, a revised definition of bait and a clarification on some terminology about the number of hooks an angler is allowed to use while fishing. Lakes area residents expressed only a few concerns about clarifying the terminology used for aquatic invasive species references.

“It’s really difficult for the public to identify an aquatic invasive plant,” she said. “So we want them to remove all aquatic plants… just to be safe.”

Citizens in attendance urged the DNR to increase its prevention and enforcement efforts relating to aquatic invasive species with things such as larger signage at ramps, higher fines for breaking rules, and boat inspection stations to check for invasive species.

The Spirit Lake meeting was the last of three meetings throughout the state on the proposed code changes. The DNR will be accepting official comments on the proposal until July 31, 2012, however Konrad says he will still accept comments after the deadline. Three meetings have been scheduled to obtain public comment. Written comments can be sent to Martin Konrad, Iowa DNR Fisheries Bureau, Wallace State Office Building, 502 East 9th Street, Des Moines, IA 50319-0034, by email to martin.konrad@dnr.iowa.gov, or FAX at 515-281-6794. Persons who wish to convey their views orally should contact the Fisheries Bureau at 515-281-6976, at the Bureau offices on the fourth floor of the Wallace State Office Building, or at the scheduled public meetings.

At the public meetings, persons may present their views either orally or in writing. Participants will be asked to give their names and addresses for the record and to confine their remarks to the subject of the amendments.

Any persons planning on attending the public hearing that have special needs, such as those related to hearing or mobility impairments, should contact the DNR and advise of their specific needs.